Suddenly Things Are Much Different 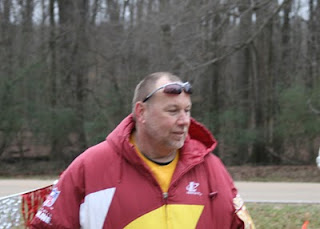 I couldn't post another entry without a salute to Kay Vee's husband, Richard Vesey.  Rich died last Saturday, and the news was shocking and profoundly sad.  The Mississippi running and triathlon community was on its knees in disbelief and sent its love to Kay Vee and her family.  Richard was a fixture at races, whether working with the organizers, volunteering, or just supporting his wife and all his friends.

Kay Vee is one of my dearest, closest friends, my marathon and tri coach, and the coolest person I've ever met.  When I went to bed that night after hearing the news, my grief was uncontrollable for a time.  My heart hurt so badly for her as I recalled my own experience after losing my wife, Robbie several years ago.  Kay Vee's journey from here will not be like mine. I can only watch and be close by with encouragement.  She will know what I know and that may be comforting to her as she starts a new life. 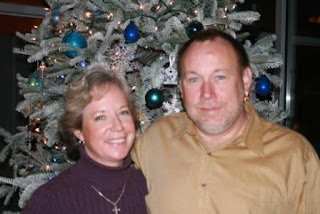 I would be proud to leave this life with the love and respect felt toward Richard Vesey.
Posted by Billunit at 7:58 AM 1 comment:

I described in my last post the episode with dehydration at the Heart O' Dixie Triathlon.  I've also had a few more dehydration problems this year, and have been curious about the blood pressure issues.  I've been on BP meds for 6 years.  Not anything really powerful, but what the doctor described as similar to Mydol or Pamprin, a diuretic.  So lately, after my very low blood pressures associated with dehydration, especially after HOD, I thought I might be able to stop my BP meds altogether...

...Wrong again, Gatorade breath!  My BP the day after HOD was way high. High enough to make me worry, not to mention Wifeunit's concern.  Over a few days I made two unplanned trips to the medical clinic, and got in to see a cardiologist for a sonogram, stress test and blood work.  During those days, I naturally expected the worst: clogged arteries, open heart surgery, weeks of rest, no strenuous activity for months.

Think about it.  I have a lifestyle born 9 years ago after being diagnosed with mild hypertension.  I started with joining the YMCA and doing some elliptical machine work for 30 minutes a few times a week.  That evolved into spin classes, Masters Swimming and running 5Ks.  Then MC pushing me into a beginner tri on a borrowed mountain bike. Swim meets with Kate and Paul.  Now dozens of triathlons later, several half marathons and my first full marathon with Kay Vee, plus a nearly 4 mile swim across the "big water" just a month ago.

I thought it might be better to die on the road or in the pool.  I still think so, but I'm not going to beg for sudden death.

Test results indicated I had a heart like an athlete with no problems.  BP meds were changed and I'm monitoring regularly.  Overheating episodes apparently have a lasting effect sometimes.

Two doctors suggested I cut back my training until the record heat subsided.  Wifeunit voted with the MDs.

So, the half Ironman at Cedar Point next month will not happen for me.  Kay Vee suggested a compromise of doing my long run training on the treadmill, but I just think the safest way is to give myself a chance to keep my lifestyle is to keep living, but in moderation, not in 100+ degree heat.

I'll continue to do events lasting less than 3 hours.  There's the Cotton States Triathlon and a mile swim event at Eagle Lake called "Gator Bait" later this month.  The Delta State University Tri is late in September, and the Paddle, Pant, Pedal Tri is in October.  Mix in a few 5Ks and I'm feeling pretty satisfied.  My training for the Blues Marathon in January will start ramping up as the temps go down. 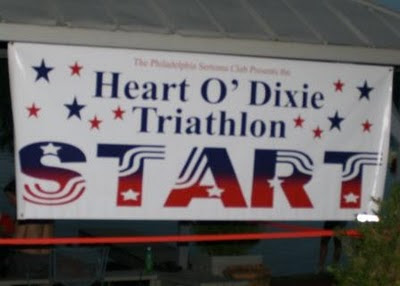 For 31 years this race has been held in east central Mississippi.  That means it was first held in 1979 under much different conditions.  I wasn't there, but I listened intently as it was described by my friend Ted who was there and has done the race 20 something times.  No chip timing; bikes lying around on the ground by the lake made a transition area, steel 10-speed Peugeots and Schwinns, drafting allowed; tennis shoes for running.
The race is point-to-point, and the points are of historical importance.  It begins at Lake Tiak O'Khata near Philadelphia, Mississippi, the locale of the infamous slaying of the civil rights workers in the '60s.  It ends at the Neshoba County Fair about 30 miles south, one of the oldest remaining camp house fairs in America.  Unique and traditional.
This was my first time to run HOD.  Most Jackson area folks stay Friday night at a motel nearby or the Lake hotel, where rooms are reserved for years and handed down like passes to the Masters Golf Tournament.  Ruthie and I chose the other option and awoke at 2:30 AM Saturday morning, hit the highway at 3:30 and arrived in the parking lot just after the first volunteers were gathering in the darkness; mostly teenagers in matching race T shirts.
I felt good for the race, ready to swim my best, back off a notch on the bike and save something for the 7-mile run in the hills.  The weather was kind to us, bringing overcast skies and a little light rain for the bike leg.  It was still very hot and humid, but the sun never made its way out of the clouds enough to cook the strength out of us.

The staggered swim start allowed me room to post a good time, 2nd of 13 in my 55-59 age group.  The bike leg was somewhat aggravating because of the heavy traffic along the state highway, mostly made up of vehicles following the bikes to Neshoba County and T2. I rode as planned, 3 tenths MPH slower than my Heatwave pace, stumbled through T2 and out on the run course.  I felt good.  I think I smiled, enjoying legs that weren't screaming for rest.  (Thanks, Coach Kay Vee)
I ran a pace exactly as planned, slow by most standards but within my limits.  I also learned how to pee in my shorts while running. (Thanks again)  No big deal since you're dripping wet with sweat and you can strategically dump a few cups of water over your head to flush. 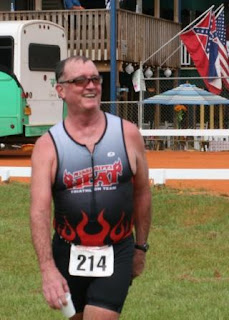 The race ends at the fairgrounds harness race track.  Runners enter the track and make a full half mile circuit before crossing the finish line.  That was pretty cool, but I was quite ready for the end after 3 hours of heat.  As I walked into the crowd of finishers and found Ruthie and some Gatorade, I was checking my condition for the dreaded dehydration symptoms, a sudden profound dizziness when my legs stop moving. The dizziness began so I kept walking around, drinking cup after cup of fluids.  There was a tent set up for massages and first aid, manned by doctors and staff from the local hospital.  Ruthie alerted one of the doctors that I was having problems, and he stopped me and asked if I would like him to check my vital signs just to be safe.  I agreed, sat on a table and had my blood pressure checked - 90/58.  No surprise to me since I had stopped moving the legs and the water and Gatorade weren't yet completely absorbed.
He wanted to start a fluid IV and I consented, and then things went almost black. 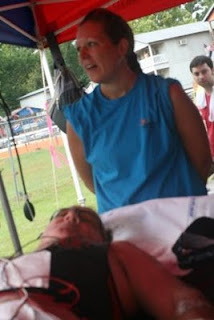 I laid back and gathered myself, they started another IV, and after lying and sitting for 40 minutes or so, I was back on my feet, able to enjoy fellowship of friends.
As I mentioned earlier, Wifeunit Ruthie made the trip to this race.  I had told her I needed a support crew to go back and pick up my gear at T1 and my bike at T2.  I was very impressed with her success at locating everything and getting my bike loaded.  Thanks Rufie!  You are an official "Sherpa" now. 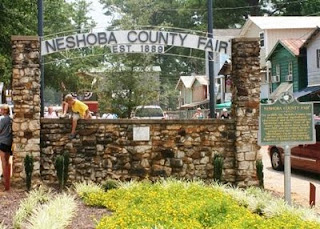