As a follow-up to the last post, I'm happy to report that the 2014 Nestbox Cleanout went extremely well.  The water level at Pearl River WMA was quite low this year; no canoe needed.  In fact, we were able to reach some boxes without wading into the water.  Reese and I worked the Pearl River WMA on Saturday, March 8th.  Louise joined us on Sunday for the Mayes Lake group of nestboxes.

We encountered our first gator, a reddish colored little guy, at the upper end of Hurricane Lake.  We assumed the color came from where he had spent the cold days of winter in some red-stained water along Pipeline Road. This is Reese cleaning a box, and just to his right in the background you can see a gator floating calmly, as if we weren't any concern. 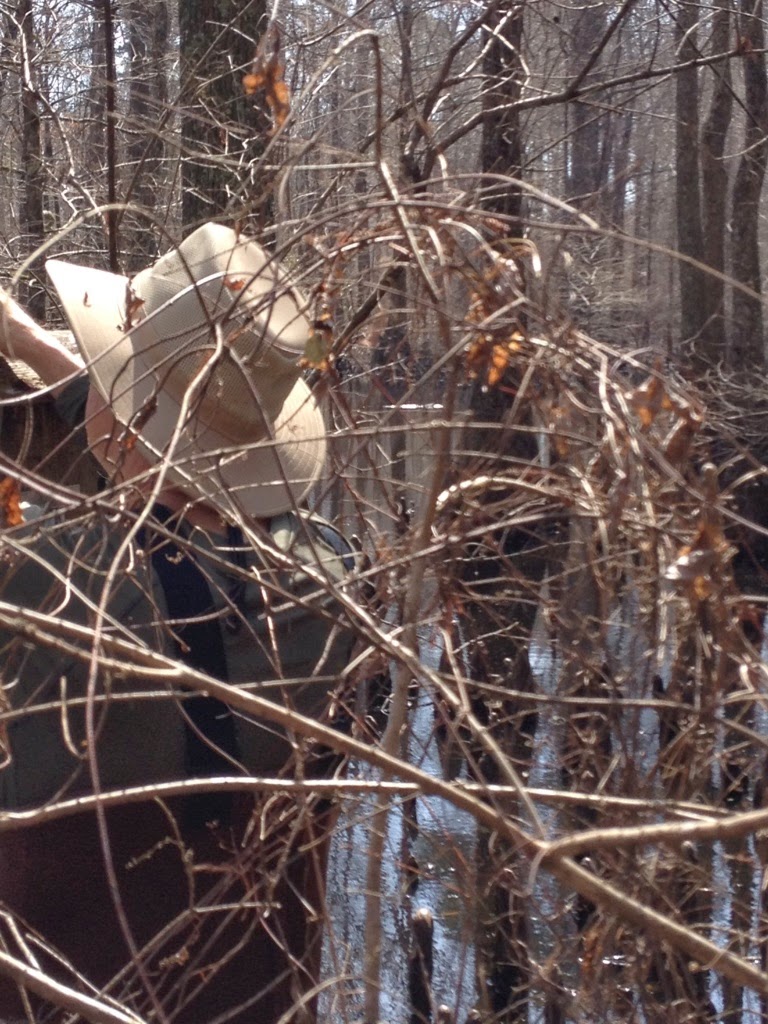 ﻿
This photo actually has 5 gators in it, all of them smallish, probably 2-3 years old.

I've been participating in the Christmas Bird Count for the last six years, the last two of which I've been accompanied by Michelle Williams, among others.  Michelle is an avid cyclist and writes a cycling blog for the local newspaper, the Clarion Ledger.  Now she's also an avid and enthusiastic birder, one of those who just can't seem to get enough of it.

Some weeks ago, a call for volunteers went out on the email Missbird List.  In May and June, participants travel prescribed routes at various locations and count birds on according to detailed protocols.  Michelle and I both wanted to get in on the fun, so we agreed to partner and adopt two of the routes.  We are learning that it would be practically impossible to do the surveys alone.

As recommended, we decided to visit our routes and get a feel for the territory.  A few weeks ago we visited the route at Panther Swamp National Wildlife Refuge first, then returned home via the second route, beginning at Benton, Ms. and ending near Canton.

At Panther Swamp NWR, we got great looks at Bald Eagles and flushed flock of Flickers.  The day was warm and sunny, and the gators were taking advantage of the weather. 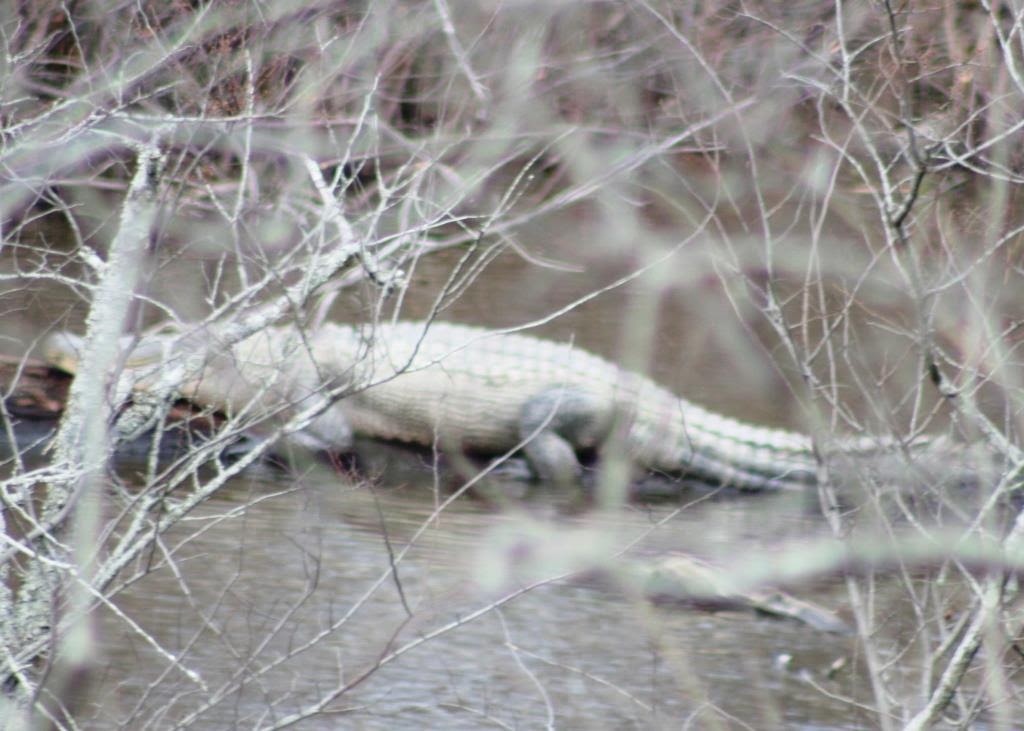 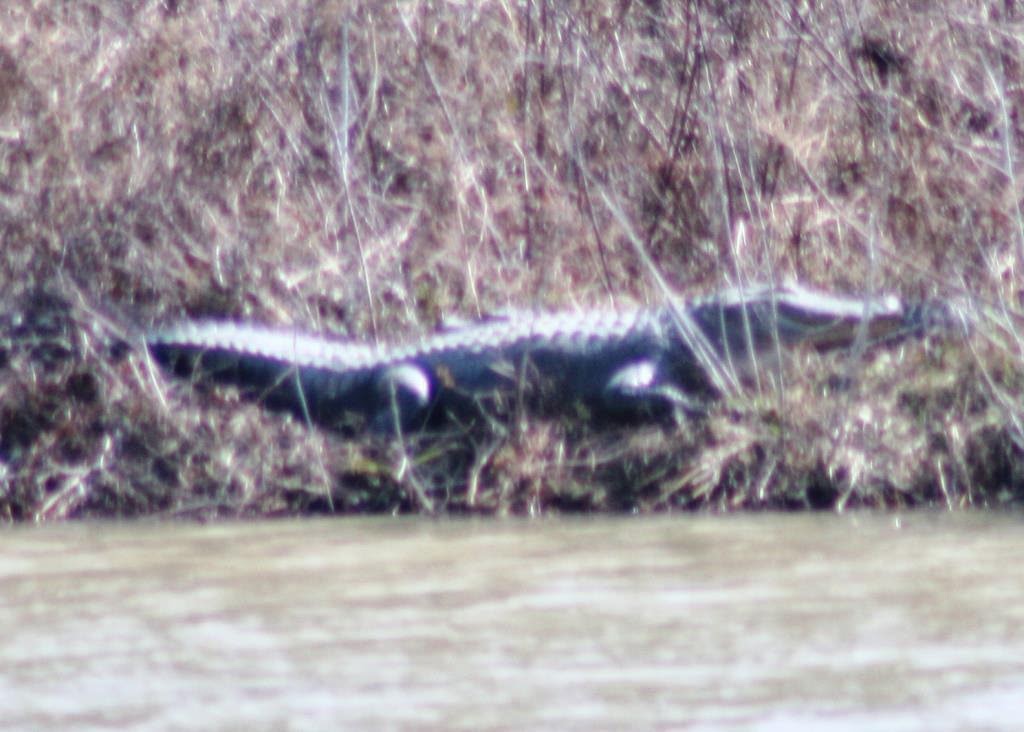 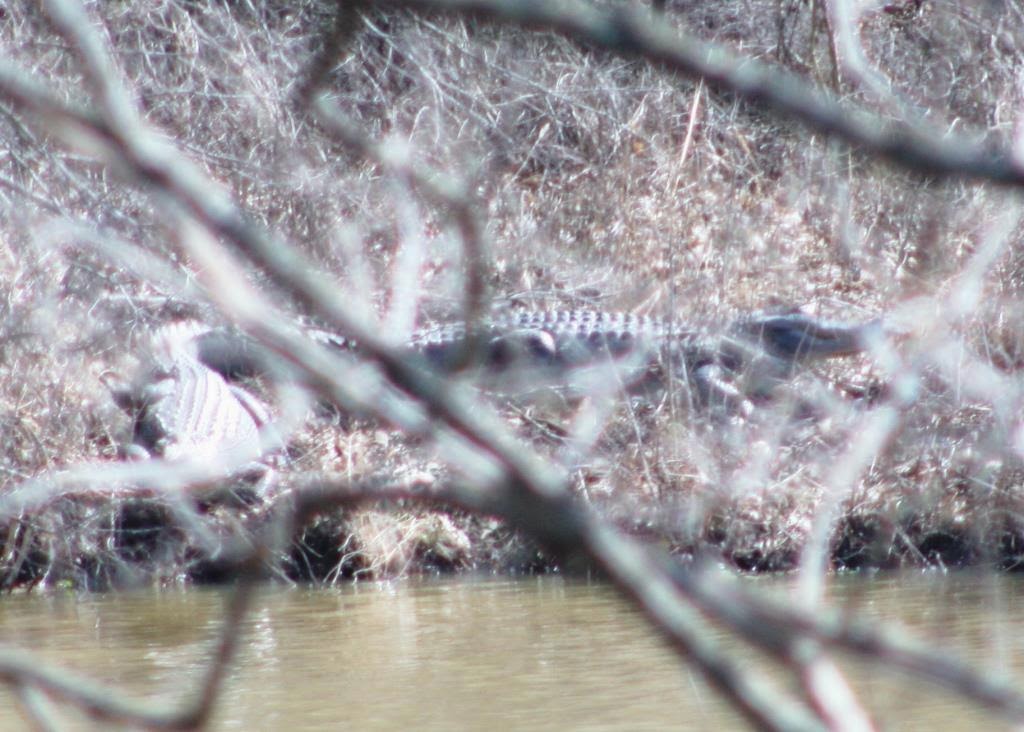 After our first visit to Panther Swamp, Michelle contacted a US Fish & Wildlife Agent about some of the particulars on our route.  He agreed to meet with us, and we set off last Friday on another trip.  We had lots of time before our meeting with the agent, so we decided so visit nearby Hillside NWR near Lexington, Ms..

We saw lots of great birds, including White Ibis and these nice Anhingas.  We actually got buzzed by a Bald Eagle and saw a wild hog.  And once again, gators stole the show. 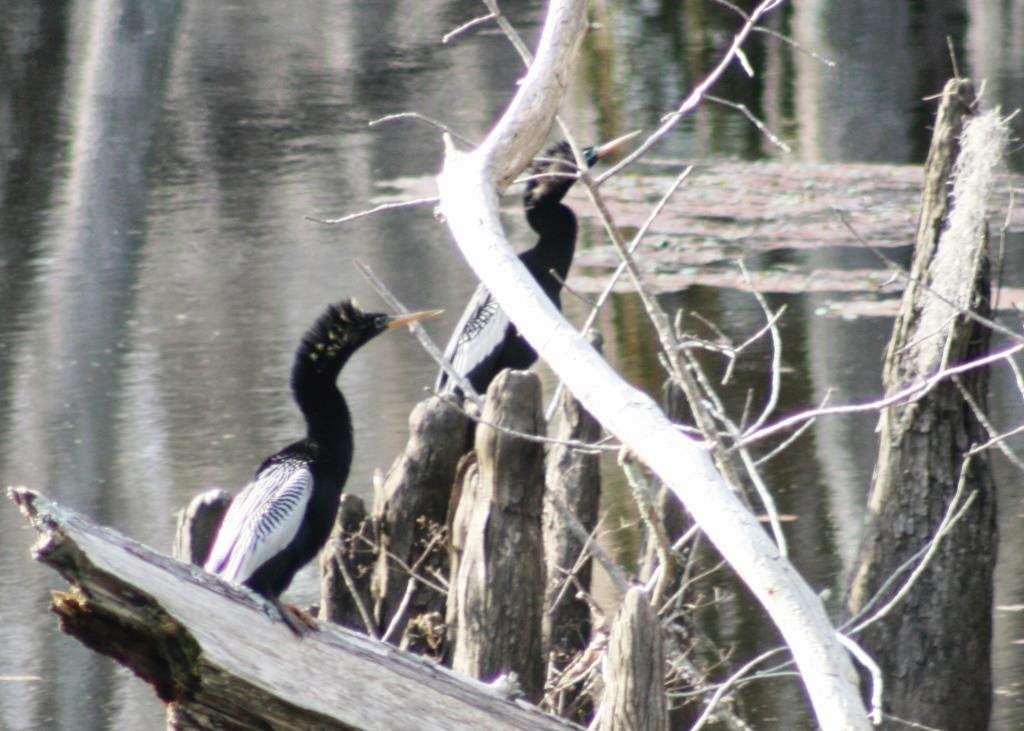 We were walking a trail around aptly named Alligator Brake, and after a big splash, one after another of these young gators came out of the brush.  We counted more than twenty in an area no larger than a family swimming pool. 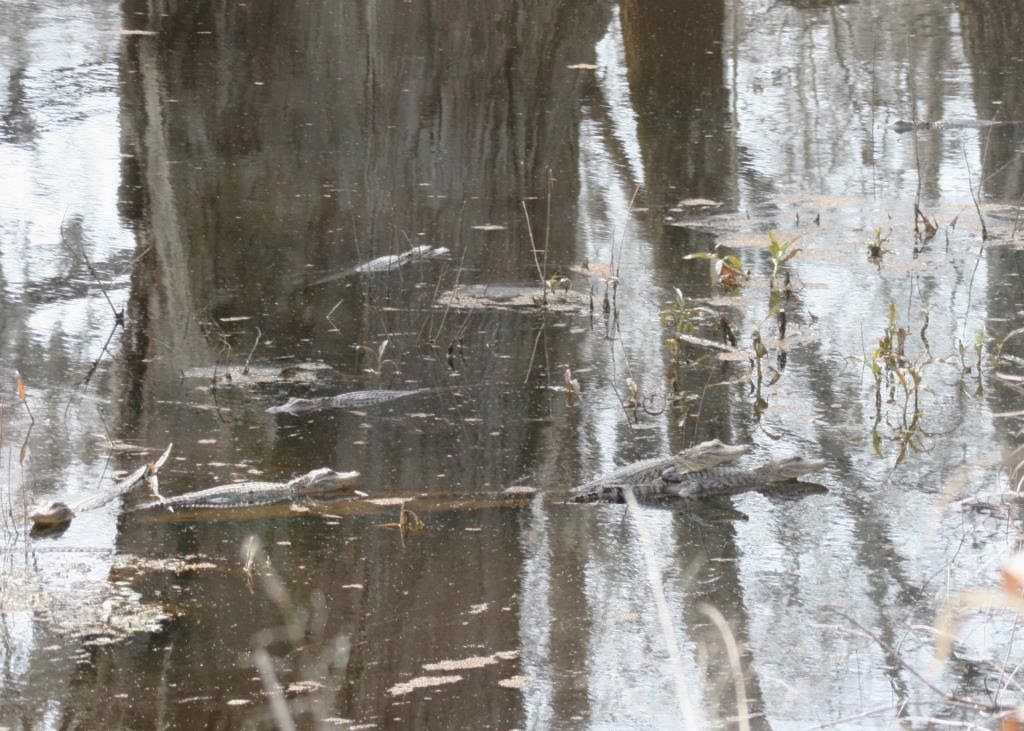 This was a big one, probably 10-12 feet long, and it never moved as we passed. 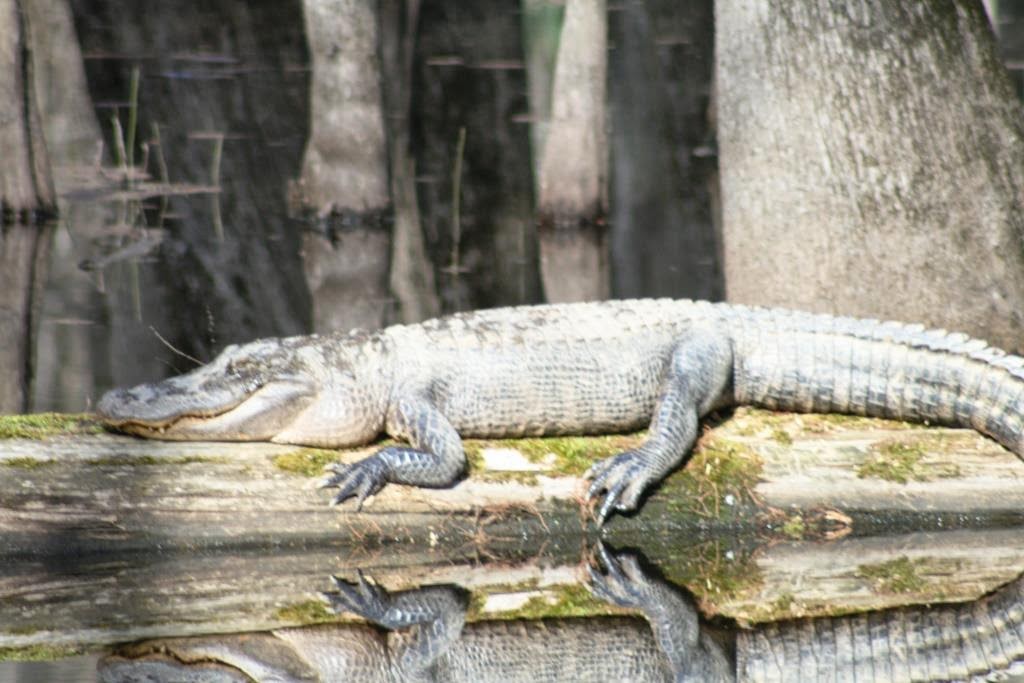 Though I'm still training for this year's triathlon season, I can tell that the birding adventures are going to be a big part of this year's activities.
Posted by Billunit at 5:17 PM No comments: