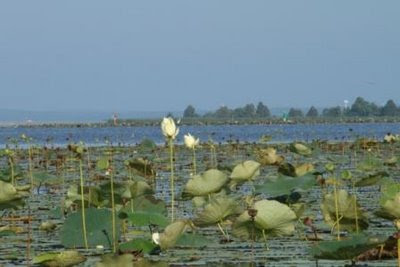 I began this beautiful Sunday with some canoe paddling to a spot at least a half mile from any houses, at the east end of Pelahatchie Bay in the middle of the huge expanse of lotus pads. The weather had the first touch of Fall about it, and the forecast promised low 80's for the day. This spot in the pads was so quiet. There were very few boats out. I think the high-tech fishermen with their obnoxious bass boats must have gotten interested in college football or dove hunting. Or maybe they knew the water was a little muddy from Hurricance Gustav last week. The only sounds were an occasional flock of geese honking by or the sound of a far off truck with obnoxious loud tail pipes. Must have been the fishermen heading for the dove field.


Later, Wifeunit suggested we go to the Mississippi Agriculture and Forestry Museum, where this weekend the Celtic Fest was going on. We paid the surprising $24 for two of us to get in and found the fest pretty weak. There were some interesting people playing unusual instruments but not much else, so we decided we'd seen enough. 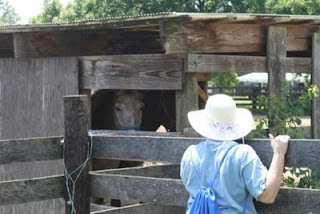 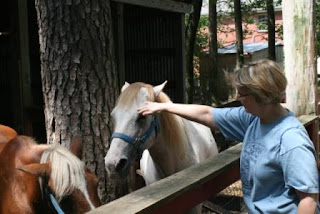 Here she's getting some of that horse smell on her, and she may not wash her hands for days. 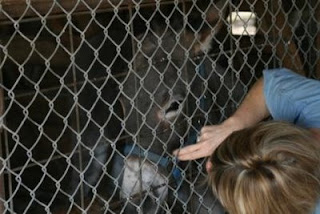 Another irresistible critter gets as much massage as possible through a fence. 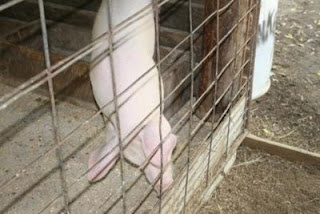 Wifeunit got a sloppy kiss from this guy, but I missed it. You can still appreciate his good looks and charm. 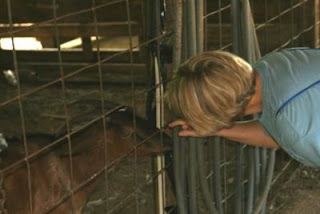 A goat. No less important, loved and admired. 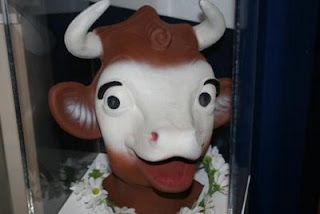 This was the only farm animal Wifeunit didn't notice or spend time with. I could only think of my chocolate milk. 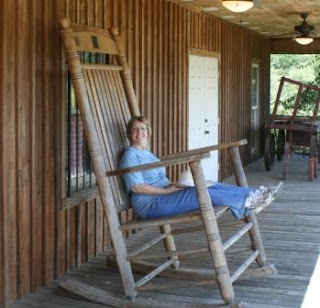 Best of all, the family had a great day!
Posted by Billunit at 5:01 AM

My favorite picture is that rocking chair!

Oh to have a good book and that thing!